We are proud to introduce "Mineral Market" to collectors and dealers from overseas. "Mineral Market" is a mineral and fossil show organized and operated by Japanese mineral collectors. This small show has been held once a year since 2001. Most specimens sold at this show will be duplicate specimens from private collections.
And you can see the photos of secimens at our blog (sorry, in Japanese text but mineral names and localities are written in english).
http://d.hatena.ne.jp/kocteau/ 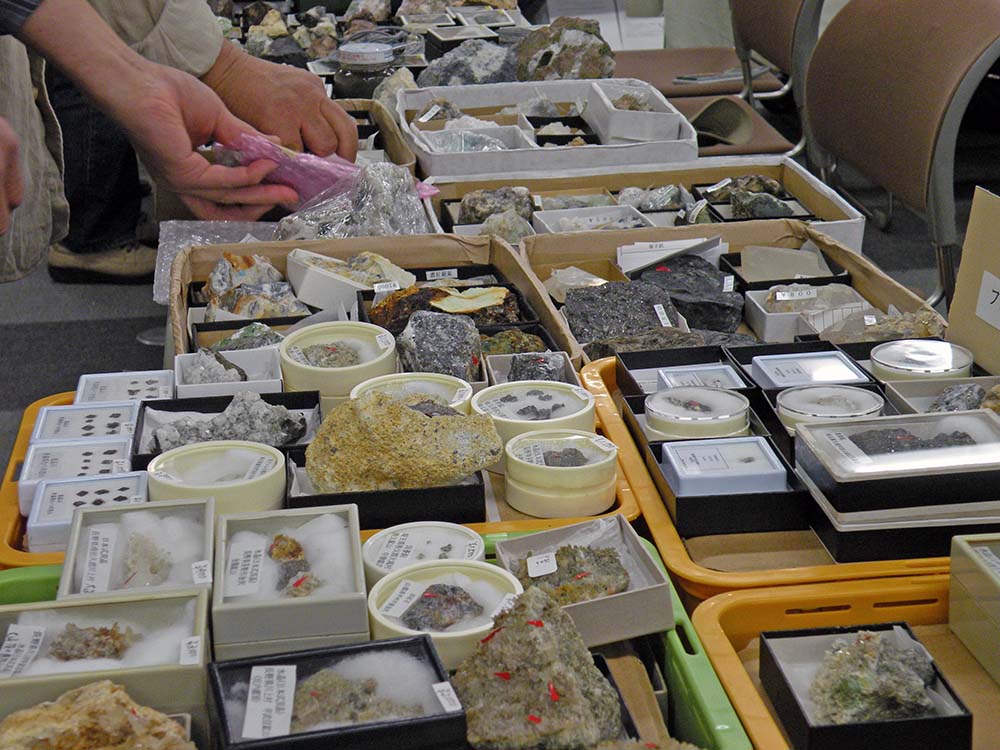 The organizers are active members in "Kantou Kobutsu Doukoukai" (Kanto Mineral Culb), and can provide minerals not only from Kanto region (the area around Tokyo) but also from other areas in Japan through their contacts with mineral collectors all over the country. We guarantee that visitors will see regionally characteristic specimens. We are very confident in presenting this opportunity to see a diversity of Japanese specimens at this show. Some are classical specimens collected in the 19 century up to the 1960's, the period during which the Japanese mining industry was very active. And some are recent finds by serious field collectors from new or rediscovered localities.

Fortunately for mineral collectors, we Japanese live on an island arc in a tectonic subduction zone. This geological setting provides very complex geology and gives us the opportunity to find and collect so many species. Moreover, human activities like mining, civil engineering or other industries brought on by Japan's growing economy and modernization since the middle of the 19th century increased our chances to find mineral specimens.

However, such fantastic specimens have hardly gone overseas since the 1970's and so remain unknown to collectors outside Japan. Especially the best specimens tend to remain on collectors' shelves. This was caused by two reason: First, the Japanese mineral specimen market was very small, with no channels for the exchange of specimens internationally. The other reason was the obsolete idea, caused by old Japanese custom, that we should not sell and buy mineral specimens.

For example, the most popular field guide book wrote in the early 1980's, "Satsutaba saishu ha Ge no Ge (Collectors should go into the field, collecting with money is a "sin".)". Can you believe this? Even now some Japanese collectors still feel bound by this strange "ethic", which restricts the behavior of Japanese collectors. So Japanese collectors tend to be reluctant to sell or buy rocks. Have you seen collectors at Japanese mineral shows who often come and ask the dealers many questions but NEVER buy a specimen? 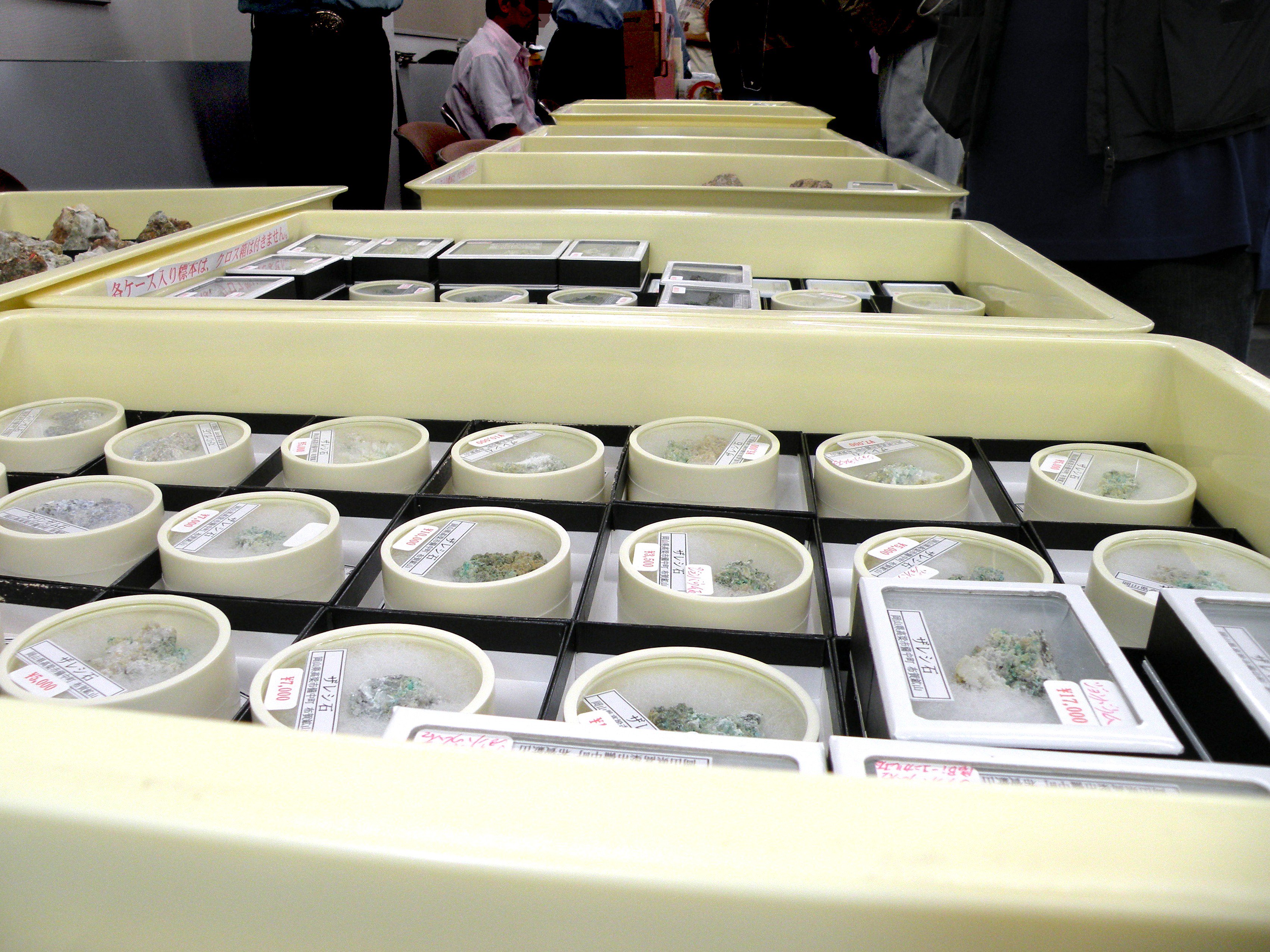 Fortunately, over the last 15 years, we collectors are getting released from the influence of this "ethic". So we can start the "Mineral Market".

Marketing mineral specimens enables us to maintain specimens. We hope they are passed on to later generations through trade. Also we would like to offer a place to talk about, discuss, learn and enjoy mineral collecting.

Specimens on view at "Mineral Market" will really vary over a wide range. The kind of collectors selling rocks there will also be diverse. Some persistently collect only their local specimens, which can vary widely even in nearby localities because Japanese geology is so complicated. Others love minerals containing rare elements. And others seek old classical ore minerals or crystals from old Japanese mines.

Of course, the "explorers" bring samples of quartz, garnet, and other minerals from newly found localities.

No entrance fee! We hope people including dealers, researchers at universities or museums, collectors, young people and children, as many as possible, will come and enjoy this show.

We are looking forward to seeing you at Iidabashi, Tokyo. 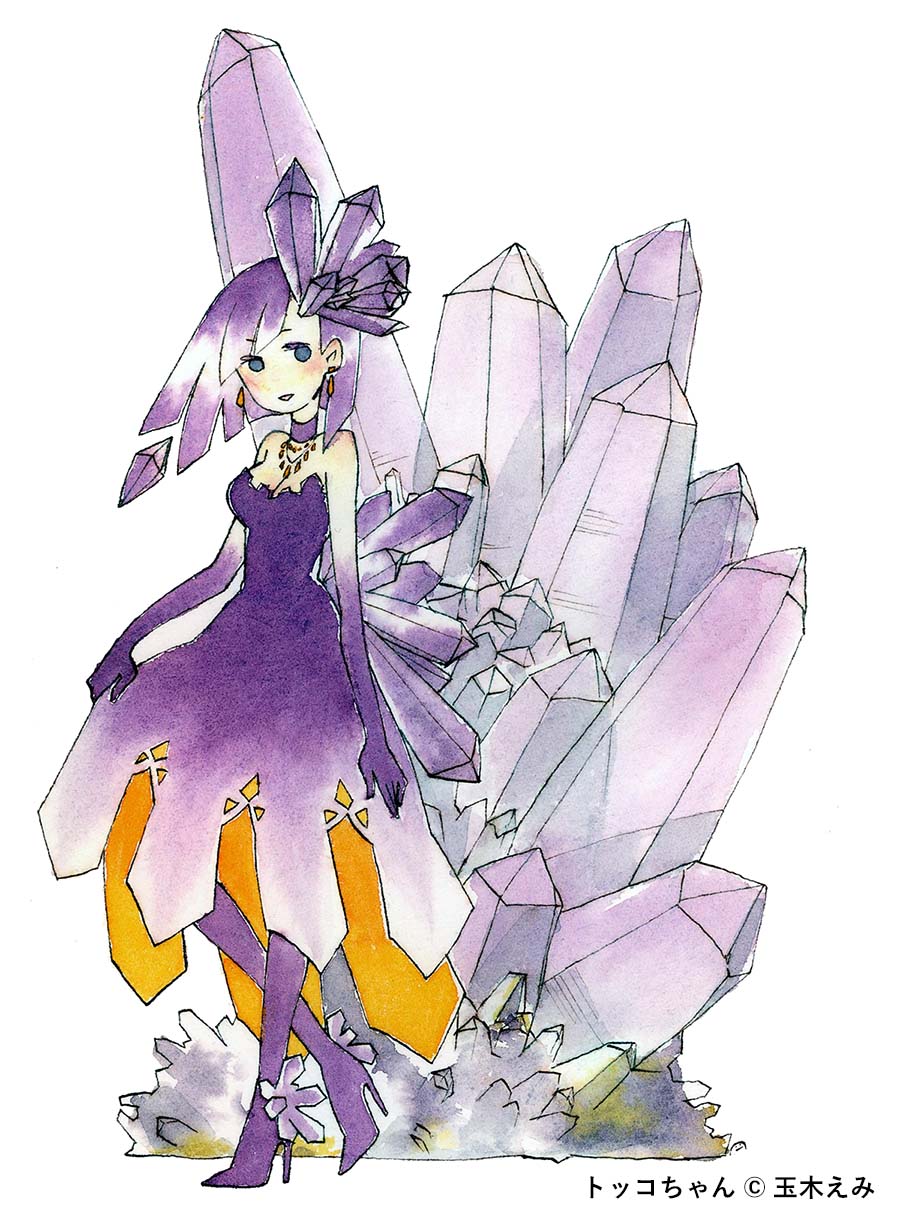 We are looking forward to come Mineral Market !